The 1911 has been a staple of American gun culture since it was first used by American GIs over 100 years ago.

A century later, the 1911 is still going strong. Modern takes on the classic design serve up everything from competition guns to carry guns.

You could even find the 1911 serving on the battlefield in the hands of American service people as late as 2016 when the United States Marine Corps Special Operations Command (MARSOC) finally initiated the switchover to the Glock 19 carried by many other SF groups.

Of course, time marches on. While the 1911 design might seem outdated to many, there’s no denying the effectiveness and battle-proven reputation of the round it (usually) fires…the venerable .45 ACP.

While many will acknowledge the inherent problems with the 1911 design, there is still an abiding interest in .45 ACP.

Fortunately, there are a number of modern .45 ACP options out there for those who want to take advantage of this legendary round’s upsides, without the downsides of a traditional 1911.

Here are the best modern .45 ACP that take advantage of advances and improvements in firearms design over the past 100 or so years.

These are all excellent pistols that would make fine additions to your carry rotation and will do just as nicely for home defense as well. So let’s take a deeper look.

There’s a lot of conflicting information out there about the .45  ACP. So, it’s important to understand the facts, and not to be taken in by the “knockdown power” hype, or the “it kicks like a mule” negativity.

First and foremost, the .45 ACP is a big round. While bigger isn’t always better, in some cases it’s hard to deny the effectiveness of a larger caliber, such as for self-defense.

Also, because of its widespread use, manufacturers produce a wide variety of loads for .45 ACP guns, including rapidly expanding hollowpoints, soft-recoiling target rounds, and even frangible rounds.

Of course, there’s a reason 9mm has dethroned .45 ACP as the most popular handgun round in the world. Well, there are actually a few reasons.

The recoil of the .45 ACP, while generally slow and firm, is significant. Increased muzzle flip or rise makes follow-up shots slower and less accurate under pressure.

Because .45 rounds are bigger than 9mm, or .380, you have a capacity issue, with most .45-caliber weapons having 5-7 fewer rounds than a similarly sized 9mm firearm.

This becomes an issue when you are engaging multiple targets in either a serious defensive scenario or competition.

Last but not least, there’s the issue of price. The larger .45 ACP is a good bit more expensive than 9mm, which is the final straw for many shooters, especially competitors that don’t reload.

Choosing The Best .45 Pistol For You

If you’ve weighed the pros and cons of the .45 ACP and decided you still want one, you’re in luck.

There are a number of excellent .45 ACP options out there!

The legendary HK45 is one of the most popular .45 ACP duty guns currently serving in the world’s militaries and commonly wielded by law-enforcement agencies.

It is available in a number of configurations optimized for concealed carry, competition, and duty use. 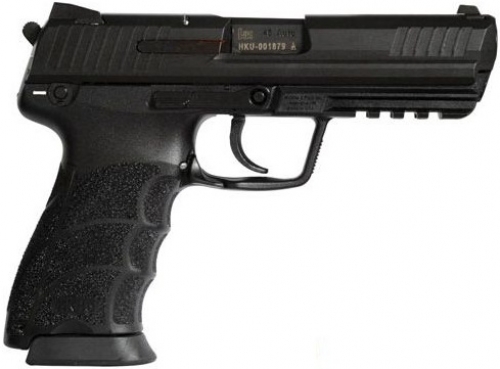 1080 at Palmetto State Armory
Get It

The HK45 is an incredibly accurate and ergonomic pistol.

You can swap grips to find something that perfectly fits your hand, and the factory trigger is one of the best in any duty gun, making it perfect out of the box for everything from tac-ops class 3-gun to carry to home defense.

The only real drawbacks to the weapon are the relatively limited capacity (though it still holds more than most a standard 1911) and the undercut of the trigger guard which some shooters find uncomfortable.

One of the great American producers of firearms, Springfield has made a name for themselves in the .45 ACP world with its outstanding 1911s offerings.

But holding to that long tradition hasn’t kept them from innovating also. 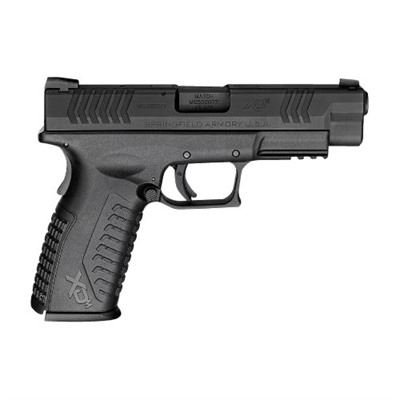 The Springfield XD(M) comes in many flavors, from compact to full-sized and in 9mm, 40S&W, and of course – .45ACP.

It should come as no surprise to find the Glock 21 on this list. The legendary Austrian gun maker owns a significant portion of not only the civilian sidearm market but also the military and law enforcement market.

The G21 is Glock’s full-size, double-stack .45 ACP offering, and it is widely considered the standard by which other defensive, polymer-framed .45s are measured. 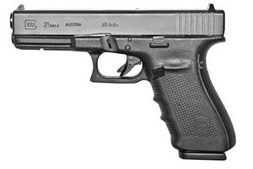 The new Gen 5 Glocks provide an update to the older models and add a slightly beveled magazine well, and do away with the controversial and little-loved finger grooves of previous models.

Overall, if you shoot well with Glocks and like the trigger, the G21 is the best .45 ACP duty/carry option.  Smaller Glock options exist in .45, but recoil is going to be more of an issue there.

The only real downsides are the looks and the trigger. Many dislike the Glock’s boxy, polymer styling. Also, if you dislike the Glock trigger, you’ll probably dislike this one as well as it is virtually identical to every other trigger Glock makes.

However, there are literally dozens of aftermarket parts manufacturers that offer everything from drop-in trigger replacements to completely new slides. So if you don’t like something about a Glock, chances are you can replace it.

The Smith and Wesson M45 is the nearest competitor to the G21 in terms of function, reliability, and aftermarket support.

It absolutely trounces the Glock in the design department features a rail under the muzzle, and its 10+1 capacity gives it an edge over single-stack 1911’s. 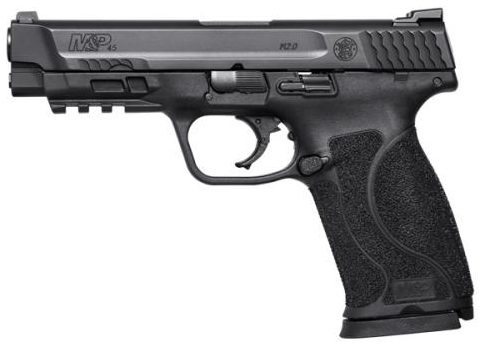 550 at Palmetto State Armory
Get It

The M45 2.0 is an excellent carry choice, and it even rivals the G21 in terms of reliability and shootability in adverse conditions.

If you’re looking for a full-size, striker-fired gun that has a large amount of aftermarket support, is available at a reasonable price, and doesn’t compromise on accuracy or reliability, this may very well be your best option.

The 1911 is still a popular gun, but the truth is there are a number of excellent, modern options available for those who want the power of the .45 ACP in an updated and contemporary design.

These guns are all commonly found protecting life and limb at home and abroad. And they make frequent appearances in High-Power and Heavy Metal competitions that require something beefier than 9mm.

If you like big bullets, these are the guns you should look at, especially if you’re choosing something you might have to defend yourself with.

What do you think of these guns? Let us know in the comments below. If you really love the 1911, check out our list of the Best 1911 for Every Budget. 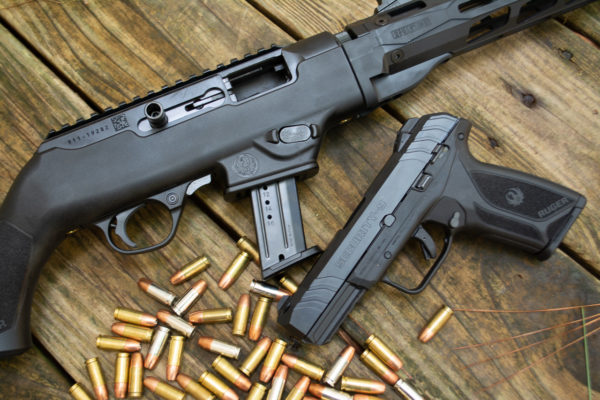 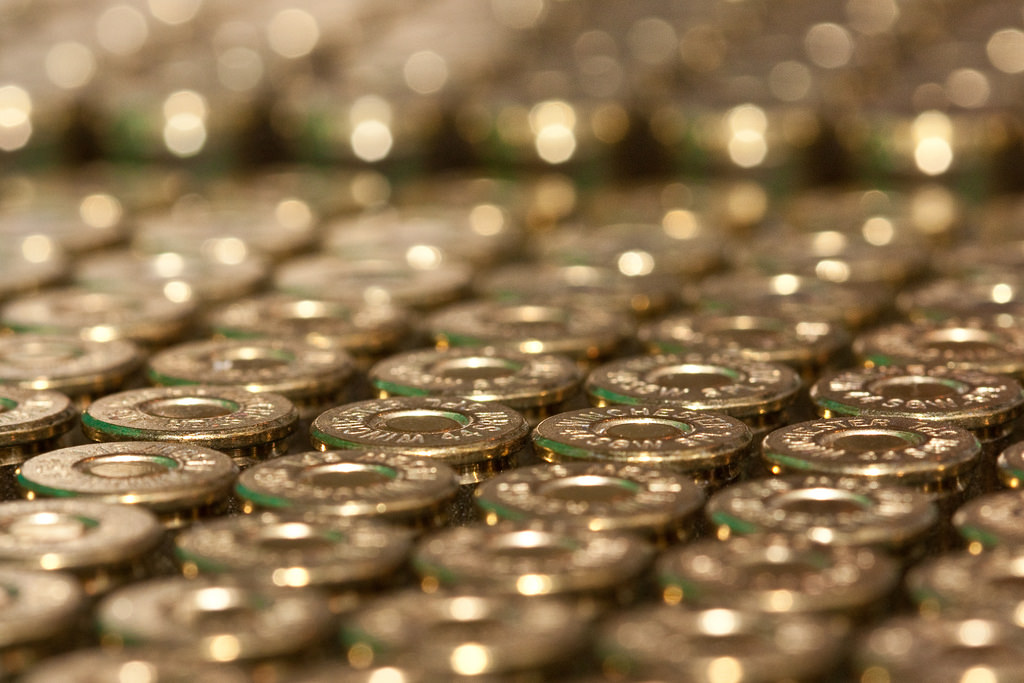 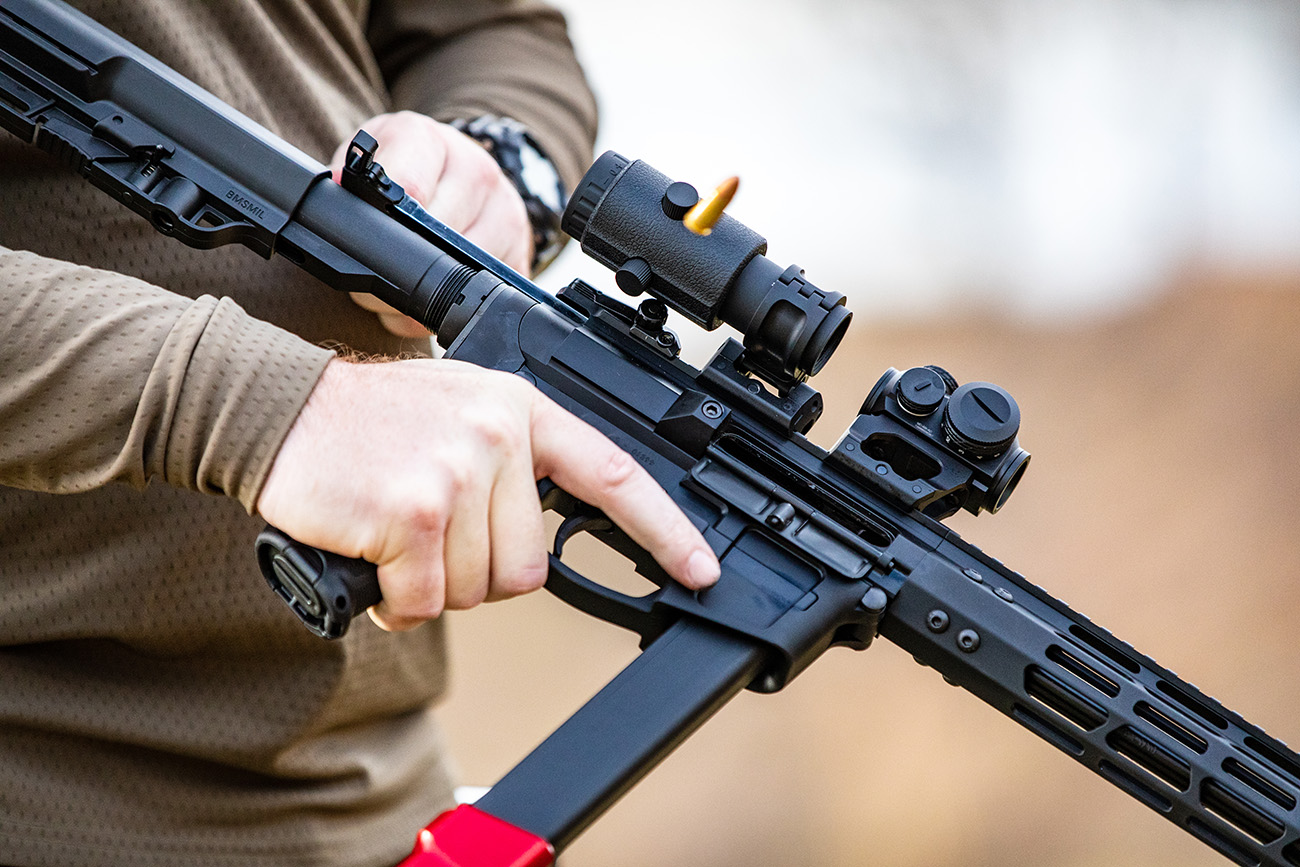 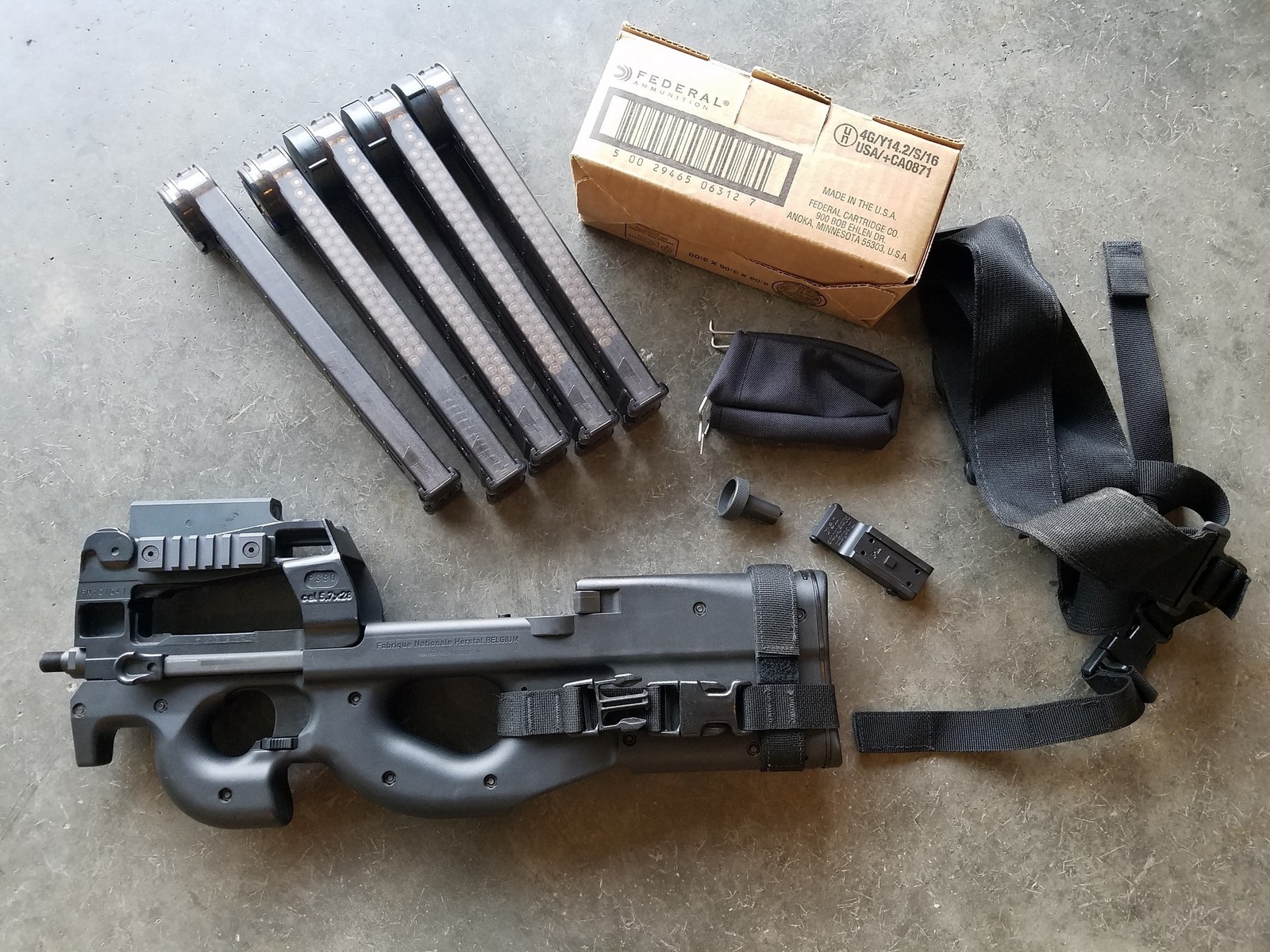